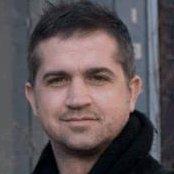 Tom Burmester founded the Los Angeles Theatre Ensemble in 2004, where he served as Artistic Director. He also presided over the historic Powerhouse Theatre as Managing Director during the Ensemble’s tenure (2008- 2011). Since 2005 Tom has produced over 30 plays in Los Angeles including several award winning productions. Tom is the writer and creator of The War Cycle which currently includes the plays Wounded, Nation of Two, and Gospel According to First Squad. He is a three-time Ovation Award nominee (in playwriting, directing, and producing), and has won several other awards and recognition for his work as a playwright, director and producer, including a Special Citation from LA Weekly for “Excellence and Breadth of Vision.” A native of Davis, Tom earned his Bachelor’s Degree in Theatre and Dance from UC Davis, his Master of Fine Arts in Directing from UCLA, and works towards his PhD in Performance Studies at UC Davis.