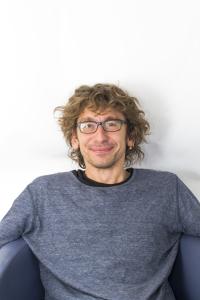 Ante’s interest as an academic researcher in the domain of circus is in acts, events, shows, and performances that offer a unique set of possibilities to widen perception of circus; what and who it encompasses, its politics. Currently, he is investigating the animal-human relationship in traditional and contemporary circus. Most of his career as a performer and choreographer has taken place in the field of New Circus. Ante visited the circus school in Brussels (ESAC) and Berlin (Die Etage) and Moscow. He holds a BA with Distinction in “Contemporary Dance, Context and Choreography” from the University of Arts, Berlin and a distinguished Master’s in Performance Studies from New York University. At the moment he is pursuing his PhD in Performance Studies at UC Davis. Ante has successfully produced projects by his own and in collaboration, which have been recognized and honored with various awards, such as the Gold Medal at the Festival SOLyCIRCO, the Special Prize at the Cirque du Demain, and the Propone Prize at the Theaterfestival Vailladolid. Ante also performed with companies such as Cirque du Soleil (Totem), Circus Roncalli and Tiger Lillies Circus. 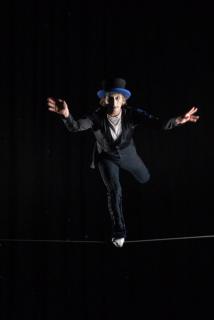