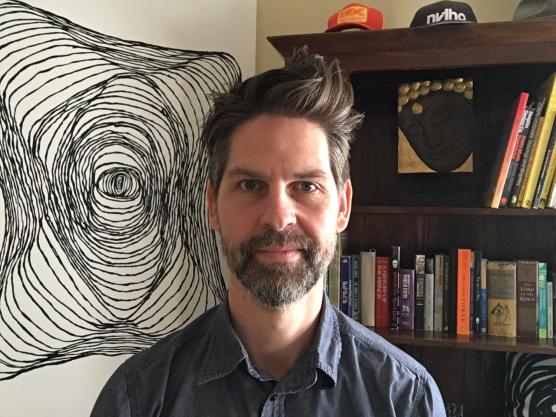 Adam Wright is a Doctoral student working with Colin Milburn and Patrick LeMieux on mixed reality technologies from the perspective of Performance Studies at the University of California at Davis. After earning his BFA from New York University Tisch School for the Arts in Film and Television, Adam produced television content on technology, scientific innovation, and video games for both the BBC at White City, London, and Comcast’s G4 Network in Los Angeles. Engaging these subjects fostered in him a deep fascination with digital technology, which led to explorations that would result in a professional shift from entertainment to tech. In addition to being a founding member of Digg.com and Revision3, he has explored and performed in many disciplines during his time in the tech industry including software development and user experience design. At UC Davis, he explores the reciprocal relationship between humans and technology through the intersection of science fiction and narrative, futurism, human-centered design, embodied practices and experiences, technology legacy, programming paradigms, mixed reality technologies, and cybernetics.