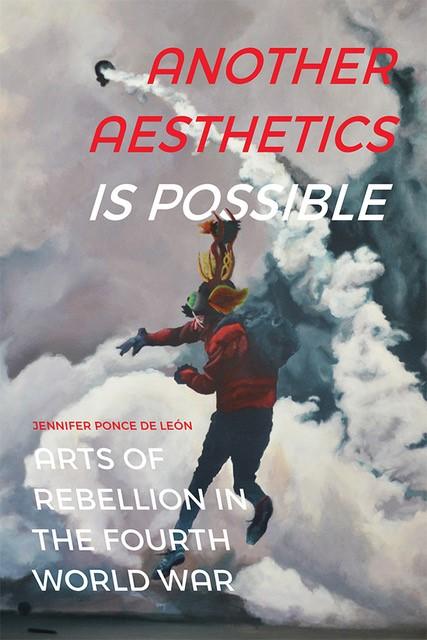 The Department of Theatre and Dance will host a talk with University of Pennsylvania Professor Jennifer Ponce de Leon on the topic Another Aesthetics is Possible: Arts of Rebellion in the Fourth World War. The event is March 2 at 1:10 p.m. and is free and open to all.

Ponce de León, assistant professor of English and faculty in Latin American and Latinx Studies, addresses the roles that art can play in the collective labor of creating and defending another social reality. Focusing on artists and art collectives in Argentina, Mexico, and the United States, she shows how experimental practices in the visual, literary, and  performing arts have been influenced by and articulated with leftist movements and popular uprisings that have repudiated neoliberal capitalism and its violence.

Ponce de León is an interdisciplinary scholar whose research focuses on cultural production and antisystemic movements in the Americas since the 1960s. She is the associate director of the Critical Theory Workshop, which holds an annual summer program at the École des hautes études en sciences sociales in Paris, and an independent curator. She is the author of Another Aesthetics is Possible: Arts of Rebellion in the Fourth World War (Duke University Press, 2021). Ponce de León’s writing has appeared in American Quarterly, Philosophy Today, ASAP/Journal, Social Text, e-misférica, GLQ, and in multiple edited collections. She is currently working on a book on internationalist political imaginaries in 21st century literature, film, and visual art by Latinx and Latin American artists, and co-authoring with Gabriel Rockhill Revolutionizing Aesthetics: Composing a World beyond Art for Columbia University Press’s series New Directions in Critical Theory.