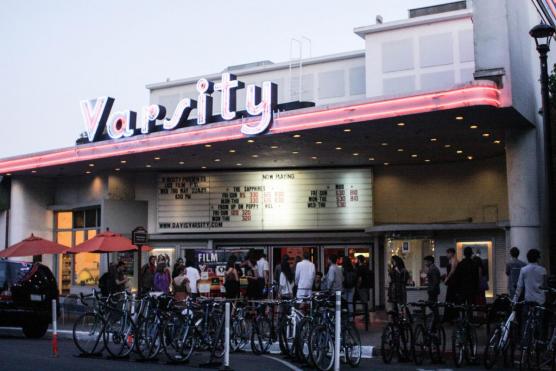 Celebrate the creativity of student filmmakers when the Film Fest @ UC Davis returns in spring quarter 2020 at the Varsity Theatre in downtown Davis.

The annual festival showcases an array of short student-produced films. Filmmakers include a wide range of undergraduate and graduate students as well as recent graduates from a variety of disciplines across the campus and their films represent all genres and styles, from narrative to documentary to experimental.

Submissions are open through April 27 until 5 p.m. For complete submission information and details, visit filmfreeway.com/FilmFestUCDavis.

Now in its 20th year, the festival is co-produced by the Art and Art History, Cinema and Digital Media, Design, Music and Theatre and Dance departments.

This pod has been archived and may contain content that is out of date.
Pod
October 17, 2018