At Mills College in California, she studied piano with the revered Russian coach Alexander Libermann and the great Dutch pianist Egon Petri, and composition with composers Darius Milhaud and Leon Kirchner. Awarded two successive traveling music fellowships from UC Berkeley, she then coached with eminent pianists Leonard Shure in New York and Alfred Brendel in Vienna.

She has soloed with numerous orchestras, including the San Francisco and Oakland Symphonies and the San Francisco Chamber Orchestra. She has given recitals in the United States and Europe to critical acclaim. The San Francisco Chronicle has described her as “a four-star musician with blazing technique, uncanny agility, musical intelligence, and sensitivity.” The Oakland Tribune called her “an instrumentalist of rank . . . a brilliant musician.” The Amsterdam Algemeen Handelsbad wrote of her “incredible decisiveness, her remarkable vision filled with driving pathos.” After a recent recital in San Francisco, she was called “a wizard at the piano” by San Francisco Classical Voice. “Her wonderful technical facility allows her to do almost anything with the music, and this she does . . . she brought genuine passion to the music, beautifully nuanced lyrical lines . . .  that had momentum and emotional urgency.”

In her most recent Paris recital, Brandwynne included the Chopin Polonaise-Fantaisie, op. 61 and the Schumann Phantasie in C, for which she received the following review: “a deep, rich sound. . . . Lois Brandwynne demonstrated her qualities as a pianist of the romantic style: a very eloquent Chopin and a Schumann animated by a profound inspiration that was boundlessly seductive.” (La Lettre du Musicien, Dec. 2001.)

Brandwynne is a known enthusiast of contemporary music, having premiered many works by American composers. She was applauded for her performances of her compatriots in Wigmore Hall in London by The Times: “Hats off to this American pianist . . . her interpretations were invariably musical.” She gave the first performance of a piano concerto written for her by Bay Area composer Elinor Armer at the San Francisco Conservatory of Music.

Her work as a chamber musician is equally extensive. In California she has performed at Music at the Vineyards and the Claremont and Cabrillo Music Festivals. She has given chamber music recitals with eminent concert artists such as violist Walter Trampler, flutist Doriot Anthony Dwyer, violinist Zina Schiff, and cellists Bonnie Hampton and Emil Miland. She has appeared with the San Francisco Chamber Players, Mills Performing Group, and Robert Bloch String Quartet. She has often collaborated with San Francisco Symphony musicians, including concertmaster Alexander Barantschik, in the popular San Francisco Symphony Chamber Music Sundaes series, and was heard at Davies Symphony Hall on the same series performing the F-Minor Brahms Piano Quintet.

In March 2005 Brandwynne gave a solo recital in New York City at Merkin Hall, where she was joined by cellist Bonnie Hampton (formerly of the Francesco Trio) for several works, including New York premieres by Andrew Imbrie, Therese Brenet, and Elinor Armer. Of this performance Paul Turok wrote in his Concert Review series, Turok’s Choice: “The second half . . . was devoted to Chopin’s 24 Preludes, opus 28, which she played magnificently. No sooner had she started than a feeling of the arching shape of the set of pieces could be felt, a rare occurrence that signifies the presence of a penetrating musical mind fully integrated with technical fluency.”

Harris Goldsmith, music critic for Musical America among other publications, wrote regarding the Chopin preludes: “Ms. Brandwynne’s large-scaled, epical reading of these ‘Little Giants’ . . . proved very successful indeed. Preludes like No. 2 in A Minor, No. 6 in B Minor . . . were treated with great elasticity and rhetorical stress. . . . She was more than equal to the treacheries of No. 19 in E-flat Major, and she produced the ideal desperation for such famously dangerous pieces as the notorious B-flat Minor (presto con fuoco), the ’suicide leap’ No. 18 in F Minor (molto allegro), and the concluding No. 24 in D Minor (allegro appassionata). No. 12 in F Major was very luminous indeed. . . . I would certainly want to hear her again.”

cminorlois[remove-this-and-replace-with-at]gmail.com
Back
This item appears in: 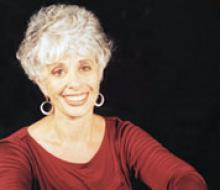