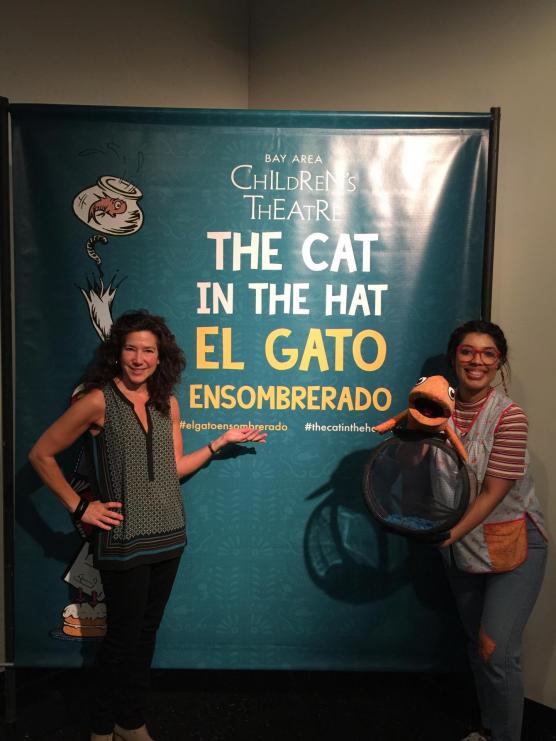 The announcement of this year’s nominations for the Theatre Bay Area Awards included a number of UC Davis faculty and alumni.

Professor Mindy Cooper and Ian Wallace, lecturer, are both nominated for “My Friend Hafiz” at Sweet Can Productions. Cooper received her accolade in the Outstanding Direction of a Specialty Production, while Wallace was nominated for in Creative Specialties category for his projection design of the same production.

Alumna Katie Rubin, M.F.A., theatre and dance ‘05, received two nominations as a performer in the Outstanding Performance in a Featured Role in a Play in two categories. In a Tier II production, she was nominated for her work in “ANNA CONSIDERS MARS”at PlayGround. In a Tier III production, Rubin was chosen for work in “Every Day Alice” at Utopia Theatre Project.

Nominated alongside Rubin was in the Tier II category for Featured Role in a Play was Jennifer Vega, B.A. theatre and dance ‘17, who was chosen for her work as The Fish/El Pez in “A Cat in the Hat/El Gato Ensombrerado” at the Bay Area Children’s Theatre in Berkeley. The show was a bilingual adaptation of the Dr. Suess classic which was featured movement created by alumna and lecturer Michele Apriña Leavy.

Peet Cocke, M.F.A theatre and dance ‘14, was nominated for Outstanding Properties Design for the musical “American Psycho” at Ray of Light Theatre.

The winners will be announced at a ceremony to be held at the Herbst Theatre in San Francisco on Nov. 4