Praised by violinist Isaac Stern as making “a most convincing argument for the Baroque violin,” Michael Sand has become one of the leading Baroque violinists in America. A founding member and first musical director of the Philharmonia Baroque Orchestra of San Francisco, Sand is also the director of Arcangeli Baroque Strings, a string ensemble dedicated to the concerto grosso repertoire. In great demand as a guest musical director and lecturer, he has led performances of numerous chamber orchestras throughout the U.S. and abroad, including Israel, Canada, and Australia. Sand plays with the chamber ensemble Musical Assembly, is director of the New York State Baroque, and appears with many Bay Area early music groups. Sand has recorded for Meridian, Harmonia Mundi (France and the U.S.), Arts and Music, KATastroPHE, Wildboar, and Titanic. He teaches at UC Davis and at the San Francisco Early Music Society’s Baroque Music Workshop.

sandviolin[remove-this-and-replace-with-at]gmail.com
Back
This item appears in: 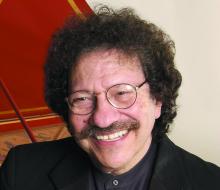