Marilyn Swan, piano, began her musical studies in Los Angeles with Robert Turner, and participated at an early age in master classes with Rosina Lhévinne at UC Berkeley, UCLA, and the Aspen Music Festival.

She is a graduate of the Curtis Institute of Music in Philadelphia, where she studied with Seymour Lipkin and, as an ensemble player, with members of the Guarneri Quartet, Felix Galimir, Mischa Schneider, and Max Rudolf. The recipient of many scholarships and awards, Swan has performed extensively both as a solo recitalist and chamber musician, and she has appeared with such orchestras as the Los Angeles Philharmonic (with Zubin Mehta and Michael Tilson Thomas), the American Yourth Symphony, California Chamber Symphony, Curtis Institute Orchestra, Fresno Philharmonic, Santa Barbara Symphony, Long Beach Symphony, and Caracas (Venezuela) Philharmonic. She was also piano soloist for four years for the Los Angeles Ballet Company.

After performing and teaching for many years in Los Angeles, she now lives in Davis and pursues a busy performing and teaching schedule, both at UC Davis and privately. With the UC Davis Symphony Orchestra, she has appeared in Beethoven’s Fourth Piano Concerto and has performed several works with the University Chorus and Chamber Singers, as well as in chamber music concerts.

“The Goldberg Variations,” BWV 988, is a musical composition for harpsichord by Johann Sebastian Bach, consisting of an aria and a set of 30 variations. First published in 1741, the work is one of the most important examples of the variation form. It is named after Johann Gottlieb Goldberg, who may also have been the first performer of the work.

The work itself consists of 30 variations, starting with a single ‘Aria’. After transforming the music over the course of an hour, using different time signatures, textures, and harmonies, the beautiful first aria returns, with a completely different feel from the first hearing. Once the listener has heard the tune transformed in almost uncountable ways, the simplicity of the original music is nothing short of arresting. 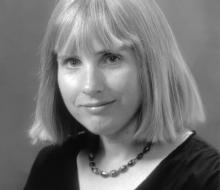