Erik Peregrine (they/them/theirs) enjoys an active career as a conductor and educator, serving as the Director of Choirs and Lecturer in Music at UC Davis and as the artistic director of Ensemble Companio, an award-winning Northeastern regional chamber choir. Prior to their appointment at UC Davis, Peregrine has served in a wide variety of conducting and teaching positions across North America, including with the University of Arizona Collegium Musicum, Tucson Masterworks Chorale, One Voice Mixed Chorus (MN), Saint Paul Conservatory for Performing Artists, and the University of British Columbia Choirs, among others.

Peregrine is an advocate for greater equity in the choral field. Their ensembles are regularly recognized for innovative, diverse, and inspiring presentations of underperformed repertoire. In both 2018 and 2019, Ensemble Companio was awarded third prize in the American Prize for Choral Performance (community division) as well as third prize in the Ernst Bacon Memorial Award for the Performance of American Music (community division) for performances of works by living, historically excluded composers. Also in demand as a guest speaker, Peregrine has recently given presentations at national, regional, and state-level conferences hosted by Chorus America, GALA Choruses, the American Choral Directors Association, and similar organizations about creating inclusive ensembles for LGBTQ+ singers, transgender vocal pedagogy, and other topics related to diversity in choral music.

Peregrine holds a DMA in choral conducting and historical musicology from the University of Arizona. Originally from the Pacific Northwest, Peregrine also holds a MM in choral conducting from the University of British Columbia (Vancouver, BC) and a BA in Music from Lewis & Clark College (Portland, OR). In addition to their work on LGBTQ+ affirming pedagogies, Peregrine’s current research interests include topics on the margins of early music, mindful embodiment in choral practice, and teaching music history through performance.

Featuring student and community singers from the UC Davis community directed by UC Davis lecturer in music Erik Peregrine, these three choruses present diverse choral repertoire representative of our choral traditions of the past, our present, as well as new and developing traditions. Choruses of UC Davis are comprised of the University Chorus, Chamber Singers, and Early Vocal Ensemble.

In its first reunion with alumni chorus members since 2018, the UC Davis Symphony Orchestra and University Chorus join together to perform Mahler’s “Resurrection” Symphony, a long-form symphony imbued with a deep reverence for Heaven and the journey to it from our mortal world. Mahler’s “Resurrection” Symphony is clearly a Beethoven’s-Ninth kind of work, albeit written sixty plus years later, and written after decades of further symphonic development by not only Beethoven, but Berlioz, Brahms, and others.

The Early Music Ensemble (EME) specializes in the unique, surprising, and extravagant music of the medieval, Renaissance, and Baroque periods of Western music. Participants will explore the repertoire of these centuries through performance with an emphasis on questions of style, historical practice, notation, intuition, and expression. EME offers ensembles for both vocalists and instrumentalists as well as collaborative performance opportunities. 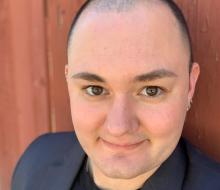