Cary Peñate is a film musicologist who specializes in depictions of Afro-Cuban dance music in cinema from Latin America and the United States, particularly on intersections between popular culture, politics, and commerce. She received her PhD from the University of Texas at Austin in May 2021 and was awarded an ACLS Emerging Voices Fellowship for a postdoc at the University of California, Davis. Her dissertation, “Rum, Tobacco, Dance, and Music: The Cuban Mulata in Twentieth-Century Cinema of the Americas,” investigates representations of the Cuban mulata (a mixed-race woman of black, white, and sometimes indigenous heritage) in international cinematic productions from the mid-twentieth century. Bridging English- and Spanish-language scholarship, her work complicates US racial ideologies by examining vedette figures who mediate musical and racial mixture for dominant society. Her focus on the interrelationships between several national film industries demonstrates the centrality of transnational circuits to the meanings of Latin American and Latinx popular culture.

Cary has presented her work at national and international conferences, including the American Musicological Society, Music and the Moving Image, and Music and Audio-Visual Culture Muca (Spain), among others. Most recently, her chapter publication in Bits, Cámaras, Música…¡Acción! (2020) compared Wagner’s theatrical and musical treatment of women in Tannhäuser and Parsifal with the Cuban mulata in the Mexican-Cuban film María la O (1948). Her book reviews have also appeared in the New West Indian Guide and the Latin American Music Review. From 2015 to 2016, she served as assistant editor of the Latin American Music Review.

Room 222E, Music Building
cpenate[remove-this-and-replace-with-at]ucdavis.edu
Back
This item appears in: 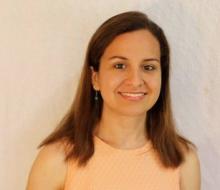