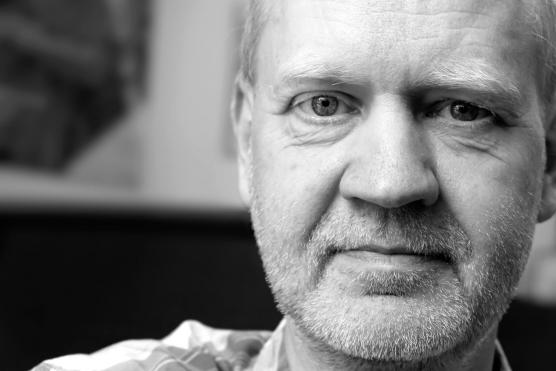 Örjan Sandred is a Swedish composer of instrumental and computer music. After teaching electro-acoustic composition at the Royal College of Music in Stockholm for seven years, he moved to Canada in 2005 to take up the position as Professor of Composition at the University of Manitoba.  With the financial support from the Canadian Foundation for Innovation and the Manitoba Research and Innovation Fund, he founded Studio FLAT, a studio for computer music research and production at the University of Manitoba in 2009.

Sandred’s works span over a wide range of ensemble types. He has composed music for symphony orchestra as well as chamber music. Most notably, he has written a series of compositions with live electronics, including solo parts for oboe, percussion, saxophone, piano, violin, cello, voice, saxophone quartet and pipe organ.

Several of Sandred’s pieces are results of his search for new methods of composition. His research on Rule-based Computer Assisted Composition techniques took off 1999 when he worked as a Composer on Research in the Musical Representation Team at IRCAM. More recently, Sandred’s sound installation ”Sonic Trails” (first displayed at the Canadian Museum for Human Rights in January 2020) is a direct outcome of this work.

Recent performances of Sandred’s music include the Canadian premieres of “A Ghazal” for voice and live electronics, and “On the Floe Edge” for oboe, bass drums and live electronics at the Winnipeg Art Gallery in 2019. In 2018, he was featured at a portrait concert at the Concert Hall in Uppsala, Sweden (broadcast on Swedish National Radio and further through the European Broadcast Union).

In 2016, Sandred was a DAAD visiting professor at Hochschule für Musik Detmold in Germany. Sandred’s music is available on two  portrait CDs: “Cracks and Corrosion” (2009) and “Sonic Trails” (2020).