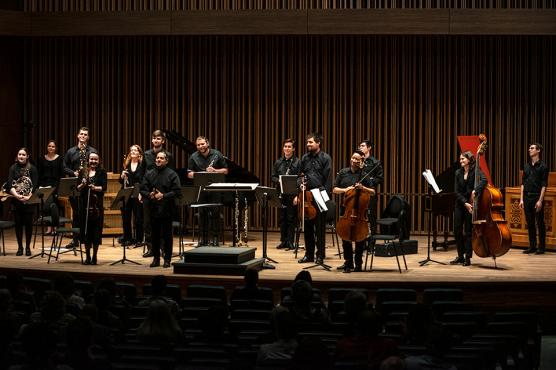 Italian composer Luciano Berio pioneered electronic elements in his scores, and in his homage to the 12th-century poet Dante Alighieri, he laid a musical fabric (which includes recorded audio) against a collection of poems called Laborintus by Edoardo Sanguineti, which is spoken throughout the music. The result is Berio’s Laborintus II. Sanguineti’s text is thematically Dante-esque and incorporates the poetry of T.S. Elliot and Ezra Pound alongside his own. Berio said his, “Laborintus II is a theatre work; it can be treated as a story, an allegory, a documentary, a dance. It can be performed in a school, in a theatre, on television, in the open air, or in any other place ….” In this performance these texts will be read by Professor Pierpaolo Polzonetti, and the electronic music section will be performed by music faculty Sam Nichols.