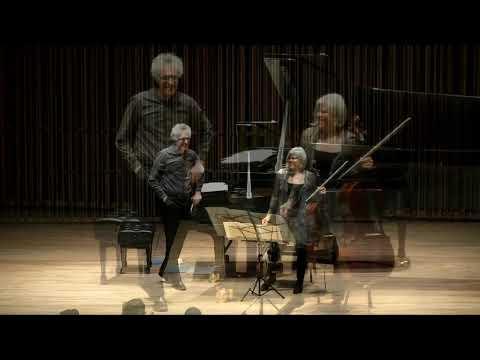 Beethoven: Sonata for Cello and Piano in A Major

Debussy: Sonata for Cello and Piano

Artistic Director and Co-Founder of the Valley of the Moon Music Festival, cellist Tanya Tomkins is equally at home on Baroque and modern instruments. She has performed on many chamber music series to critical acclaim, including the Frick Collection, “Great Performances” at Lincoln Center, the 92nd Street Y, San Francisco Performances, and the Concertgebouw Kleine Zaal. She is renowned in particular for her interpretation of the Bach Cello Suites, having recorded them for the Avie label and performed them many times at venues such as New York’s Le Poisson Rouge, Seattle Early Music Guild, Vancouver Early Music Society, and The Library of Congress.

Music Director and Co-Founder of the Valley of the Moon Music Festival, Eric Zivian was born in Michigan and grew up in Toronto, Canada, where he attended the Royal Conservatory of Music. He graduated from the Curtis Institute of Music, where he received a Bachelor of Music degree. He went on to receive graduate degrees from the Juilliard School and the Yale School of Music. He studied piano with Gary Graffman and Peter Serkin and composition with Ned Rorem, Jacob Druckman, and Martin Bresnick. He attended the Tanglewood Music Center both as a performer and as a composer. Since 2000, Zivian has performed extensively on original instruments, playing fortepiano in the Zivian-Tomkins Duo and the Benvenue Fortepiano Trio. He is also a member of the Left Coast Chamber Ensemble and has performed with the UC Davis Empyrean Ensemble and Earplay.