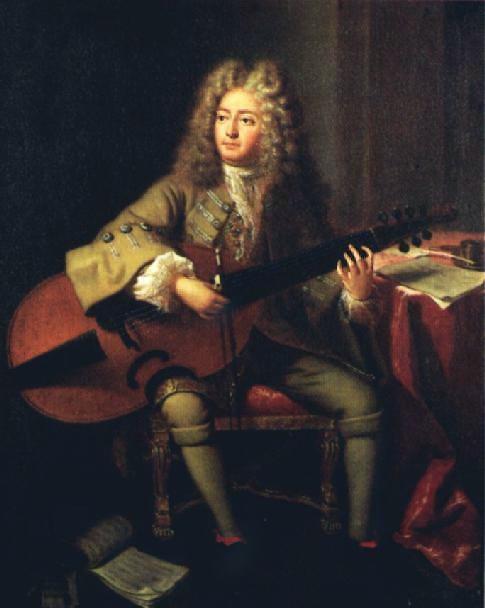 Dubuisson: Suite in A Minor
—Manuscript housed at the Library of Congress (1666)

Steven Lehning, viola da gamba, one of the founding members of the American Bach Soloists, is a remarkable and versatile musician who is equally at home with violas da gamba, violones, contrabass, and historical keyboards. He has worked with many of the luminaries of the early music world including Jeffrey Thomas, John Butt, Nicholas McGegan, Andrew Parrott, and Ton Koopman. He has performed at the acclaimed Santa Fe Chamber Music Festival, as well as the Early Music Festivals in Boston and Berkeley and the Tage Alter Musik Regensburg. After finishing his undergraduate degree and while waiting to see what performances might come his way, he worked as an apprentice learning the art of French bread and pastry. Always curious about the entirety of the world in which the music he plays came from, he dove into many aspects of early music. In addition to performing with ABS, he is their librarian, and tunes harpsichords and organs for rehearsals and performances. On the scholarship side, he has pursued graduate studies in musicology at the University of California, Davis. He has recorded on the American Bach Soloists, Delos, EMI, Harmonia Mundi, and Koch labels.