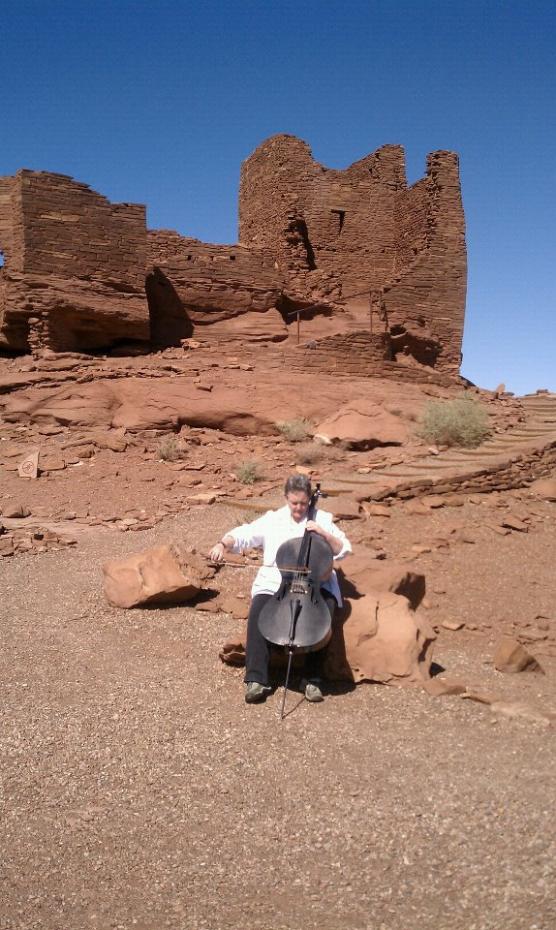 My [Petrified Forest] project was to ask ten exceptional composers to write short pieces for solo cello inspired by some aspect of the area. The highly versatile sound of the cello is a wonderful medium for this project, singing at times like a human voice and at others like an ancient instrument from another world. —Rhonda Rider

How does one capture the grandeur of the Grand Canyon with one cello?” —Yu-Hui Chang

Marti Epstein: So Near, So Far

John Kennedy: Even the Stones Breathe

A founding member of the Naumburg Award winning Lydian Quartet, with whom she played for over twenty years, Rhonda Rider is now a member of the celebrated piano trio Triple Helix. Rider’s chamber music and solo recordings have been nominated for Grammy Awards and cited as Critic’s Choice in both the New York Times and Boston Globe. As a chamber musician she has won numerous prizes at Banff, Evian, Fischoff and Portsmouth Competitions. As a soloist she won the Concert Artists Guild Award as well as an Aaron Copland Recording Grant. She has performed at the Kennedy Center, Lincoln Center, Corcoran Gallery, Wigmore Hall (London), Symphony Space, Library of Congress, Los Angeles County Museum of Art and has been a guest artist with the Boston Chamber Music Society and St. Paul Chamber Orchestra Chamber Music Series. Dedicated to the performance of “new” music, Ms. Rider has premiered and recorded works by such renowned composers as John Harbison, Lee Hyla, Yu-Hui Chang, Bright Sheng and Elliott Carter.