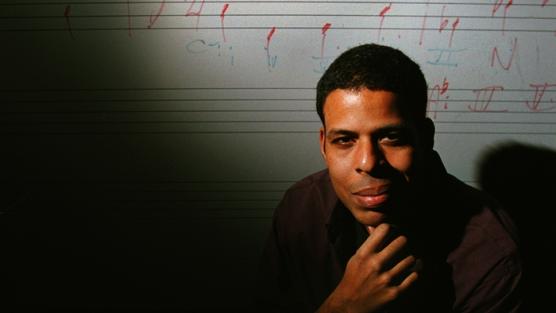 “I started on trombone when I was about ten and liked big band music early. I wanted to be a jazz musician. Charles Mingus inspired me to be a composer later on.”

David Sanford was also influenced by rhythm and blues/funk groups like Parliament, the Isley Brothers, and Sly and the Family Stone and, later, by orchestral and more mainstream popular music. After completing undergraduate music studies at the University of Northern Colorado, he earned a master’s degree in theory and composition from the New England Conservatory of Music and an MFA and PhD at Princeton University. Sanford has won many awards and honors, including a BMI Student Composer Award, a Koussevitzky Commission and a Guggenheim Fellowship. Recently, Sanford won the Samuel Barber Rome Prize Fellowship, allowing him to stay at the American Academy in Rome. One of the referees wrote: “David Sanford is the real thing, a composer in the American tradition of brash, open-eared exploration: no material is too exalted or too debased for him to transform into his living art.” Sanford’s works have been performed by the Chamber Society of Lincoln Center, San Francisco Contemporary Music Players, Detroit Symphony Orchestra, Harlem Festival Orchestra, Meridian Arts Ensemble, Speculum Musicae, the Empyrean Ensemble, and many others. Free, a Valente Lecture.