Michael B. Bakan, Professor of Ethnomusicology, is Head of the World Music Ensembles Program in the College of Music at Florida State University, where he directs the Omnimusica intercultural ensemble and the Sekaa Gong Hanuman Agung Balinese gamelan. His more than seventy publications include the books World Music: Traditions and Transformations, which has been adopted at over 200 universities and colleges worldwide; Music of Death and New Creation: Experiences in the World of Balinese Gamelan Beleganjur, reviewed in The Times (London) as one of the two “most significant publications on Balinese music in almost half a century”; and the recently published Speaking for Ourselves: Conversations on Life, Music, and Autism, from Oxford University Press (2018). 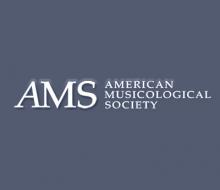