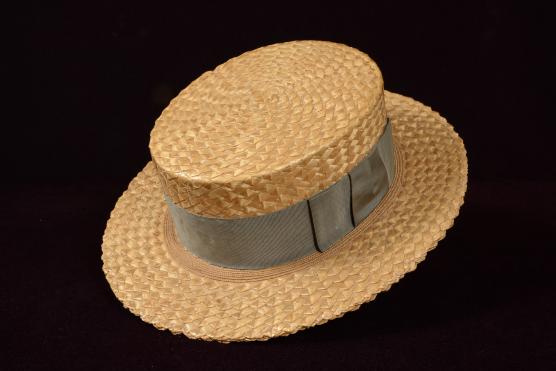 Please click here to view a photo gallery of the exhibition.

Paul W. Hollingshead (1896–1974) studied at the New York Institute of Photography in 1922 and worked for Edward Steichen taking high fashion photos for Vogue and Vanity Fair magazines. In 1928, he returned to California and settled in Woodland in 1932. Upon his death he left an archive of photos to his sons, Bill and Edward Hollingshead, that document changes covering five decades. Experimenting with lighting, background, props, and poses, the photographs capture evolving styles in clothing and fashion as well as the sitter’s preferences from dashing movie star glamor shots to warm, friendly, family photos. Fashions and accessories from the UC Davis Design Collection will be paired with these period photographs, bringing them to life with tangible artifacts.

Closed on Saturdays, holidays and holiday weekends, and during installations.

The Evolution of the Photographer: A Pioneer whose Legacy is Brought to Light and National Recognition

Paul W. Hollingshead (1896 –1974) was a contemporary of photographers Edward Weston, Ansel Adams, Dorothea Lange, and his mentor, Edward Steichen. His son, Bill Hollingshead, will talk about his father’s induction into the New York Institute Alumni Hall of Fame and how he is developing a feature ‘The Evolution of the Photographer’ using sample photos from his father’s 1923 class workbook. Most of his photos have not been seen for 80 to 100 years and are now being praised as national museum treasures.

This talk will focus on clothing styles that were in fashion during these three decades of the 20th century, as they relate to the Paul Hollingshead photos on display and reflect the dynamic social, political, economic and artistic trends that evolved over 30 years.

Jo Ann Stabb is a designer, author and lecturer focusing on the field of fashion and wearable art. She served on the Design faculty of the University of California, Davis, for 34 years (1968–2002) teaching clothing, fashion, historic costume, ethnographic costume, and contemporary wearable design. Her creative work has been exhibited throughout the United States and internationally in Austria, France, England, South Korea, and Australia.