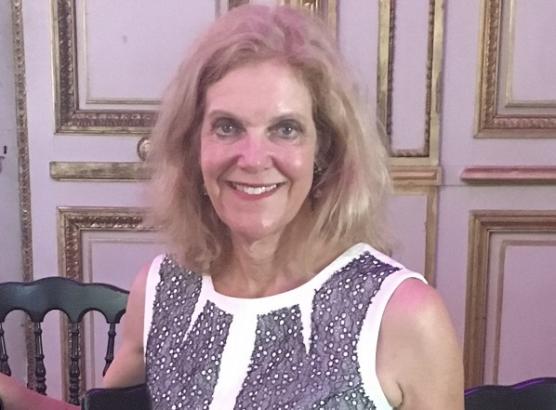 Alumna Nan Turner (B.A., design, ‘76; M.F.A., textiles and clothing, 2010) is the author of Clothing Goes to War: Creativity Inspired by Scarcity in World War II which will be published in June 2022 by Intellect Ltd. and distributed by the University of Chicago Press.

The book explores how manufacturing for civilians across the globe nearly stopped at the outset of World War II, as outfitting troops took precedence over nonmilitary production. Raw materials were prioritized for the armed forces and the majority of nonmilitary factories were shifted to war work, resulting in shortages and rationing of consumer products. Civilians, especially women, responded to the resulting scarcity of goods by using ingenuity and creativity to “make do.” In Clothing Goes to War, Turner offers a critical look at some of the resourceful results of this period as necessity paved the way for fashionable invention. Interviews of over 50 women and men who experienced WWII shortages along with 100+ images in black and white and color bring this wartime history to life.

Turner has worked as a fashion designer in New York, Paris, San Francisco, and Columbus, Ohio. She has taught various courses at UC Davis including The Social Psychology of Clothing and Appearance and Fashion Marketing (both on campus and in Paris for Study Abroad). Her research interests involve the study of restrictions and rationing during WWII and the resulting implications of creativity and sustainability motivated by austerity which formed the foundation of her book.